Crossmodal research on vowels to colors

In a blog entry yesterday, I noted that it appears almost everybodyis a synesthete to a certain extent!

In 2008 Magdalena Wrembel and Karolina Rataj of Adam Mickiewicz University in Poland published results of a vowel-to-color matching experiment conducted in English with students who were highly proficient in this language.

More recently,  a study published in 2019, which took place as part of a collaborative venture of Radboud University, the Netherlands Organisation for Scientific Research (NWO) and NTR Broadcasting showed that not just synesthetes but the majority of human beings do map vowel sounds to colors.  To read about this research, go to https://neurosciencenews.com/color-vowel-synesthesia-10999/   Luckily for English speakers, the research used the Dutch language which is also Germanic based.

The Dutch study showed that, although each individual had their own, individual, color-to-vowel map, there were measurable commonalities.  Vowels toward the front of the mouth, such as the “ee” as in “green” and “groente” tended to be light green for the Dutch.  Looking at the graphic in the earlier, Polish study, the front-of-mouth sounds were also lighter and more greenish-yellow.

The sounds toward the back of the mouth were darker in both studies.  In the Dutch study, they, tended to be blue as they sound in the English “blue” and the Dutch “blauw”.  In Dutch,  red was also popular for back-of-mouth sounds. This seems surprising until you remember that the color in Dutch is called “rood”, pronounced similar to the English “road”.  I can’t help noticing, also, it’s similar to  the word “rose” for the vowel sound “oh” in the colorvowel.com  system.

The question arises, “Is there something about the “eeee” sound which makes humans think of fields and forests, inspiring us to name the color with a front-of-the-mouth, wider-mouth sound such as  “green” and “groente”?   Or, conversely, in English and Dutch, having used the vowel  for many years in the word representing chlorophyll’s color, has our subconscious started to associate this sound it with the color itself?  Or a little bit of both?

Now, here's a paper from The Chinese University of Hong Kong comparing vowel to color association in Mandarin, Cantonese and English. What a great variety of language types to study!

Here's a public service announcement and flyer.  The Program Coordinator says that even though their flyer specifies that the current schedule runs through October 26, they plan to keep this schedule for the balance of this semester. 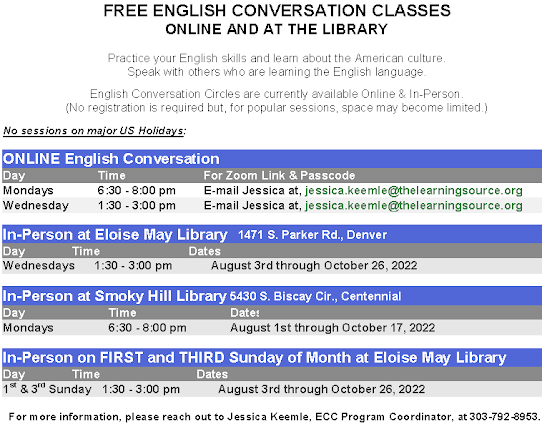 We are all synesthetes to a certain extent.

Synesthesia is a human condition in which stimulation of one sense leads the person to think of or experience another sense.  Creative people have long been aware of this. In the 19th century Beaudelaire wrote poems in which smell, sound and color interacted.  His friend, Verlaine described the white light of the moon as creating sound in the trees it was lighting.  And their pal Rimbaud's poem, "Voyelles" begins:,

Elsewhere in this blog I have written about how useful it is to teach English vowel pronunciation using the Color Vowel® Chart and System created by Karen Taylor and Shirley Thompson in 1999.

Now, in the 21st century, a number of institutions have turned to the scientific study of crossmodal processing in the human brain.  One of these, published in 2019, showed that, not just synesthetes, but the large majority of human beings do map vowel sounds to colors even if they have not been not consciously aware of it.  Wow!

This was a a collaborative venture of Radboud University, the Netherlands Organisation for Scientific Research (NWO) and NTR Broadcasting.  To read about this research, go to https://neurosciencenews.com/color-vowel-synesthesia-10999/

Even though I'm pretty good at finding what I want via Google, it was darned hard to find this paper.  Now that I've subscribed to neurosciencenews.com, though, I've been getting emails about other studies, too.

Here's a great word that shouldn't be obsolete.

Thanks to Linda Green at the Alive and Mortal group on Facebook. 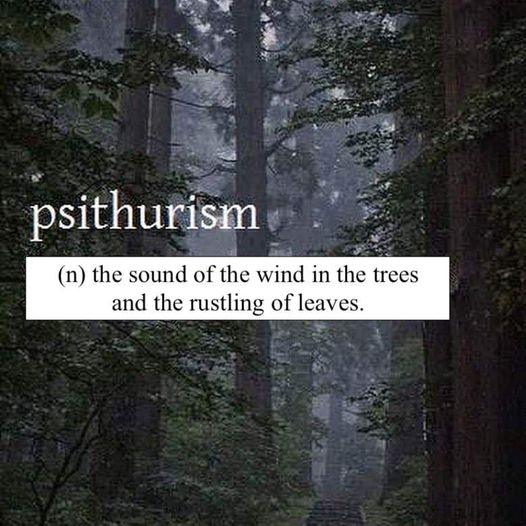 Another example of the importance of punctuation.

Thanks to "Simplistically Living" on Facebook for the following: 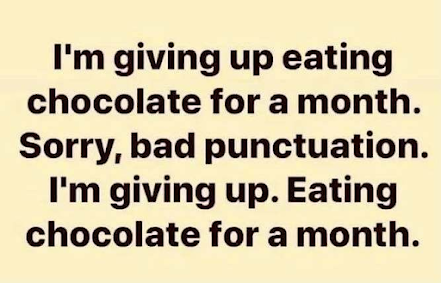 I have an actual, paid ESL job! It's very part-time but promises to be quite satisfying.

This semester I am teaching ESL to adults on Tuesday and Thursday evenings from 5:30PM to 8:00PM at Eaglecrest High School.  I won't be working directly for the Cherry Creek school district but am employed by thelearingsource.org (TLS), a non-profit that provides adult ESL classes to various districts in Colorado.

At present I have seven students: three who speak Spanish and four who speak Russian.

It will be fun having them all in the classroom. However I do hope to get them set up to go on Zoom, on their phones if nothing else, in case of snow days.

Of course if I do get everything prepared, satisfactorily, for snow days, that means we probably won't have any.  It's like carrying an umbrella.